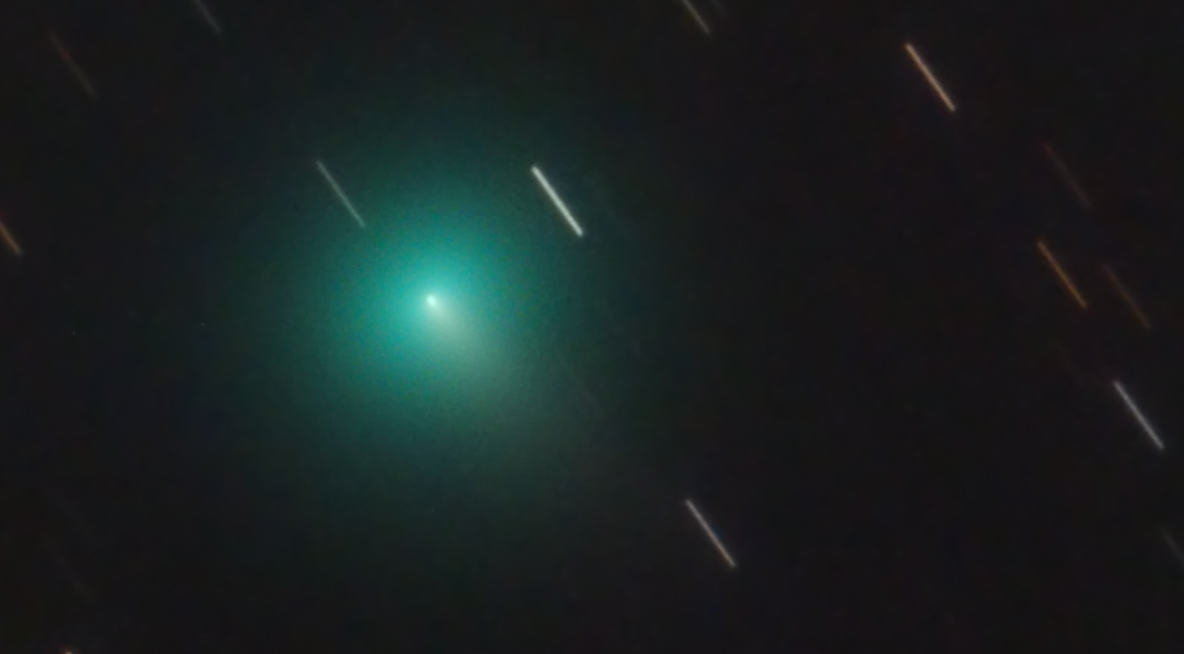 NASA has chosen a striking image of Comet ATLAS C2019/Y4 as its Astronomy Picture of the Day.
If you're impressed by the snap below then you're in luck because right now you may also be able to spot the comet for yourself in the night sky.

Nasa wrote alongside the image: "Cruising through the inner solar system, Comet ATLAS C2019/Y4 has apparently fragmented.
"Multiple separate condensations within its diffuse coma are visible in this telescopic close-up from April 12, composed of frames tracking the comet's motion against trailing background stars.
"Discovered at the end of December 2019, this comet ATLAS showed a remarkably rapid increase in brightness in late March.
"Northern hemisphere comet watchers held out hope that it would become a bright naked-eye comet as it came closer to Earth in late April and May." 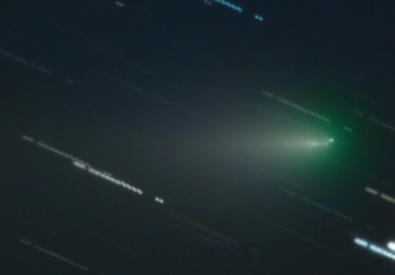 Comet ATLAS has broken up in the sky  Credit: Milen Minev
Kepler & KIC-8462852
The Kepler Telescope has been looking at the star KIC-8462852 and has discovered that it has something in orbit around it that reduces the light emitted by 15 - 25%, a normal moon etc would only block 1% of the light.
Scientist are now discussing the possibility that it has some form of alien construction known as a Dyson Sphere.  Check out the link below.